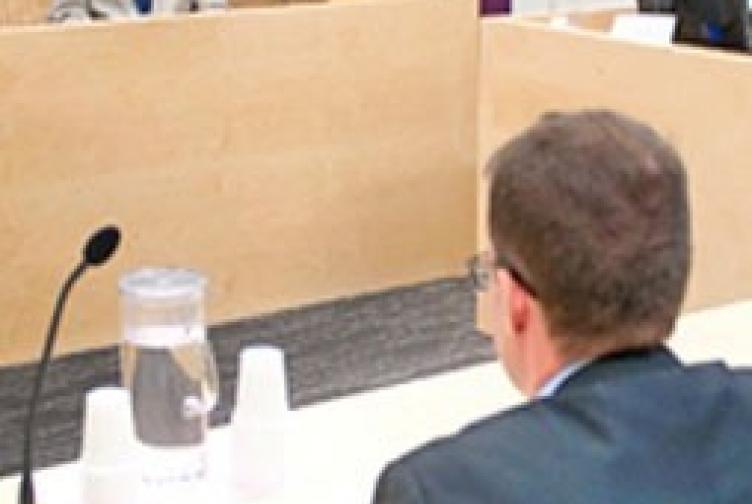 Trigger warning: This article discusses mental health and suicide, which some readers may find distressing. If you are experiencing distress, please contact Nurse & Midwife Support 24/7 on 1800 667 877 or Lifeline on 13 11 14 for confidential help.

You may have heard of Ahlia Raftery. Ahlia was a patient in a psychiatric intensive care unit when she committed suicide in March 2015. The shock and tragedy of the incident lead to widespread news coverage. There was intense scrutiny around the circumstances of her death. After investigation and prosecution, the NCAT tribunal decision for this case delivered some noteworthy lessons for nurses.

The Tribunal decision explains what happened that tragic day:

“At the time of her death, Ahlia was 18 years old and an involuntary patient of the PICU, having been placed there the previous evening on the basis that she was a high suicide risk […]

Despite the fact that she was under ‘close observations’ involving no more than 15 minute intervals between observations, Ahlia was able to […] hang herself in the period between 6.30 am and 7.25 am on 19 March 2015. This took place in full view of the nurses’ station in the unit, which was approximately 10 to 12 metres away […] While the nurses present assumed that from 6.45 onwards Ahlia was standing half behind her half open door watching them, she was in fact dying, or already dead.

This shocking and tragic event was the product of a great many errors, failures and omissions in the care afforded to patients of the PICU at the [Regional] Mental Health Centre at that time. These failures were both institutional and individual; they compounded to produce an appalling situation in which as many as six nurses were present in and around the nurses’ station at the time of Ahlia’s death, all assuming that she was alive and all assuming that someone else had recently checked on her well-being. In fact, Ahlia was unattended between at least 6.30 and 7.25 am when another patient found her and raised the alarm.”

The Complaints Against the Nurses

Following investigation, the Health Care Complaints Commission brought proceedings against the four registered nurses who were responsible for Ahlia’s care in the relevant period, which happened during shift change.

The case alleges unsatisfactory professional conduct in failure to conduct observations against:

The case also alleges failures of supervision against the supervisors (NIC and NUM), and professional misconduct for all except the registered nurse on night shift.

The Tribunal noted that, “Due to the following combination of factors:

there was no way of anyone on the either the night shift or day shift knowing accurately who had last seen Ahlia or what state she was in after 5 am.”

A key lesson to be taken from the Tribunal’s decision is confirmation that these nurses failed to meet the professional standards in regard to observations. The local LHD procedure dictated that for patients like Ahlia, at minimum, a sighting of the patient by the nurse was expected every 15 minutes and this did not occur.

The Tribunal specified, “Whether a higher level of observation should have been accorded to Ahlia, given that she had been assessed as a high suicide risk, is no answer to the charge of a failure to properly undertake the level of observations which she was actually on. We determine that an observation is a qualitative assessment of a patient’s state that requires the exercise of clinical judgement. The inclusion in the procedure of a quantitative element, a minimum sighting every 15 minutes, did not limit the professional obligations entailed in undertaking patient observations to the element of sighting alone.”

Although the two nurse supervisors were not directly responsible for Ahlia’s care, they each received 12 months’ suspension while the other two nurses did not. The Tribunal held them responsible, as clinical leaders, for the standard of care provided, including clinical care delegated to their colleagues.

In regard to the NIC on night duty, the Tribunal said the NIC “had responsibility for the patients during the nightshift, she was fully aware of the risk factors from the afternoon handover and should have been aware of further risk factors through reading of Ahlia’s clinical file. Because no nurse was allocated to Ahlia it was up to [the NIC] to manage those risks through undertaking or allocating attendance on Ahlia, and she did not…Taken together, the proven and admitted conduct is significantly below the standard reasonably expected of a nurse with the experience [….] in a leadership role as [the] NIC.”

In regard to the NUM, the Tribunal said, “It is clear that there were very serious systems failures, such as those concerning walkaround and the lack [of] staff on the floor during handover, for which [the NUM] was directly responsible...It was very concerning that throughout the hearing [the NUM] still saw his role as a manager as expecting or assuming proper practice rather than as ensuring it, through systems, monitoring, auditing and follow up.”

The NIC on night duty and the NUM’s failures as supervisors amounted to their suspension.

When delegating, nurse supervisors should reflect on the Five Rights of Delegation to ensure that the delegation or assignment has the:

The Standards and Cultures of Safety

While nurse supervisors bear added responsibilities for ensuring safe practice for all of their team and patients, we believe it is every nurse’s responsibility to support a culture of safety in their workplace, to actively apply the standards and to call out sub-standard behaviour as required. The standard you walk past is the standard you accept.

One small mistake overlooked can create the slippery slope to serious consequences. As the tribunal noted, “Some failures, taken alone, may seem minor – such as not recording respiration rates for each patient every 15 minutes. Yet that omission allowed and contributed to other much more dangerous and substandard practices, such as sighting patients from a considerable distance and signing for patients not sighted.”

You can read the full text of the tribunal’s reasons for decision on the New South Wales caselaw website.

The Codes of Conduct and Standards for Practice can be used by supervisors to discuss, agree and monitor expected safe practise.