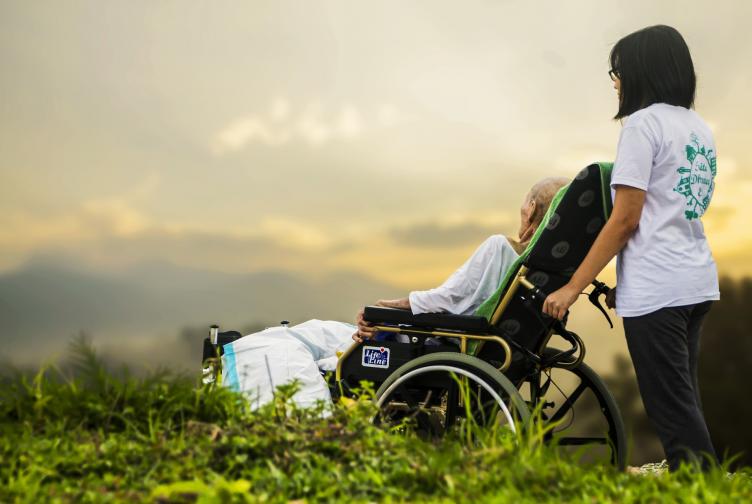 RN Harriett was 45, originally from Southeast Asia, and had lived in Australia since 2004. She had completed a two week placement at an aged care facility and elder abuse education when undertaking her degree. Whilst at university, she worked as a catering assistant and care attendant in aged care. She had no previous complaints against her.

Although registered for five years at the time of complaint, her first position was working in a rural town in a ‘new graduate program’. She was inexperienced and there was a significant gap between completing university and commencing work as a nurse, which may have impacted her performance.

The facility where Harriett worked had three units: High Care (34 beds), Low Care (23 beds) and Dementia (10 beds). She worked across all three at various stages of her employment. The complaint incident occurred in the High Care unit.

When Harriett started at the facility, she reported she had no supervision working in the Low Care unit. When she started in the High Care unit, she had two days of training on the morning shift, one day of training on the evening shift and one day of training on the night shift, all conducted by another RN. Harriett was often the only RN on a shift, and the Care Manager finished in the afternoon and was unavailable to provide support after that time. She reported she had a lot of responsibility and felt pressured in her job, but that she had studied hard and asked other nurses for advice to compensate for her inexperience. The employer reported that the facility provided some education on elder abuse which Harriett didn’t attend as it may have occurred on her day off.

Harriett’s employer submitted a complaint that she verbally and physically assaulted a resident when he would not take his medications. The resident had a history of cerebral bleed which resulted in brain injury, and he easily became distressed. The verbal assault was substantiated in incident forms completed by the resident’s daughter and other staff. The resident told his daughter that Harriett hit him, which the employer later described as ‘a slap’. The employer suspended Harriett while the incident was assessed and reported it to police. The police assessed the matter and decided to take no action.

Harriett attended a meeting with her employer to discuss the incident and acknowledged it had occurred, but disputed the intent and severity of the slap. She said she ‘touched the resident lightly’ to get his attention to take his medications. In a later submission to the Council, Harriett explained that as English is not her first language she had misunderstood some of the discussions about the incident when synonyms were used (e.g. hit, tap, slap). She emphasised that after reviewing the dictionary she would describe the action as a tap. There was no one in the room when the incident occurred apart from the resident. Her intention was not to hurt him but to get his attention. She believed he was not harmed and had no bruising as a result of the action.

Harriett at first said that the resident was partly responsible for the episode as he was acting differently and she had yelled in fright. She also reported being upset by two residents’ recent deaths and later believed this resident also may have been upset. She did not believe her actions amounted to assault. Nevertheless, the employer determined it was appropriate to terminate her employment and report the incident to a regulator.

On receiving the complaint, the Council decided to hold interim immediate action proceedings. Harriett attended and said she enjoyed working in Aged Care, felt affection for the residents, and did not intentionally try to harm the resident. Harriett noted that due to cultural differences, in some instances male residents represented a challenge to her, but that she had felt able to cope. She had not reported the incident to management when it initially occurred because she had not wanted to seem incompetent. Harriett felt harassed by the resident due to perceived cultural differences in regards to interaction between men and women. She felt the resident’s behaviour was different than usual on the morning of the incident, and that she perceived he was acting aggressively toward her.

Harriett informed the Council that to prevent a similar incident occurring again, she would respect the patient’s right to refuse medication and then consult with management on how best to handle the issue. Harriett apologised to the resident and his daughter. She described feeling demoralised, humiliated, shamed and disgraced after being called an abuser. She also reported undertaking further education in elder abuse and now understood what she did wrong.

The Council decided it was appropriate to take immediate action. Although Harriett wasn’t currently working as a nurse, she could seek employment at any time and was planning to do so. The Council had concerns about her level of experience, standard of care and confidence in providing safe care, and her inappropriate response to the resident’s challenging behaviour. The Council did not believe the incident warranted disciplinary action. Instead, the Council imposed a condition that she attend a performance assessment and limited her to practise only under direct supervision by a nurse manager. The supervisor was to provide regular reports on Harriett’s work.

Harriett attended the performance assessment to evaluate her competencies in:

The assessment occurred in simulation and was undertaken by two independent performance assessors appointed by the Council.

The assessors found that Harriett’s professional conduct and interactions with residents and colleagues under simulation were respectful and professional, even when managing a difficult patient with specific spiritual needs. She remained calm and demonstrated therapeutic and culturally sensitive communication with the patient to learn about her preferences and needs in relation to religious and dietary requirements.

However Harriett was unable to demonstrate proficiency in safe medication administration, patient identification procedures, the ISBAR communication framework, basic life support, nursing assessment, documentation, hand hygiene and identification and management of a deteriorating patient. The assessors recommended further education in all of these areas to allow her to return to safe unconditional practice.

Harriett’s responses to the assessment showed she had very limited insight into her practice deficits. Harriett was not able to provide any further information or evidence that her practice had improved since the performance assessment as she has not engaged in work as a registered nurse to support the consolidation of her skills.

The Council imposed conditions requiring supervision and education courses in:

On completion of the courses she was to undertake a further performance assessment. Harriett remains registered with conditions. She has moved out of state, so the monitoring of her conditions has transferred to AHPRA and the National Board. The Council is unaware if she is currently working as a nurse.

Based on this complaint and others the Council has received, it seems that often new graduates who have not received sufficient orientation, mentoring or supervision can struggle to adjust to their new level of responsibility and appropriately consolidate their learning.

Harriett’s employer submitted a complaint that she verbally and physically assaulted a resident when he would not take his medications.